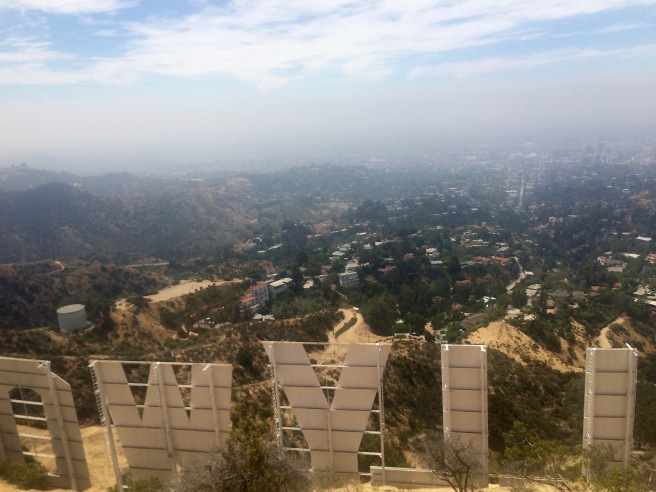 My friend Henri is visiting LA right now so we thought we’d finally try one of our LA bucket list items: hiking as close to the Hollywood sign as we can get. I think Sean and I tried it in the past, but we ended up on the wrong trail. Check out how close we got to the sign this time! 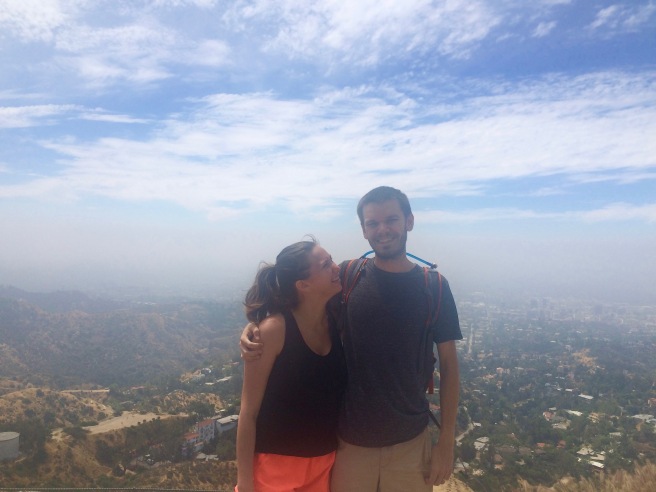 It was a short but strenuous hike. We took the Burbank Peak Trail which was about a 3 mile round trip. I think it was the steepest hike I’ve ever done. Henri was much faster than Sean and me, because they’ve been outdoorsy much longer than we have, but one day maybe we’ll catch up.

In this picture, Henri looks like they’re on a safari, but really, they’re just on top of a mountain in the middle of a gigantic city. 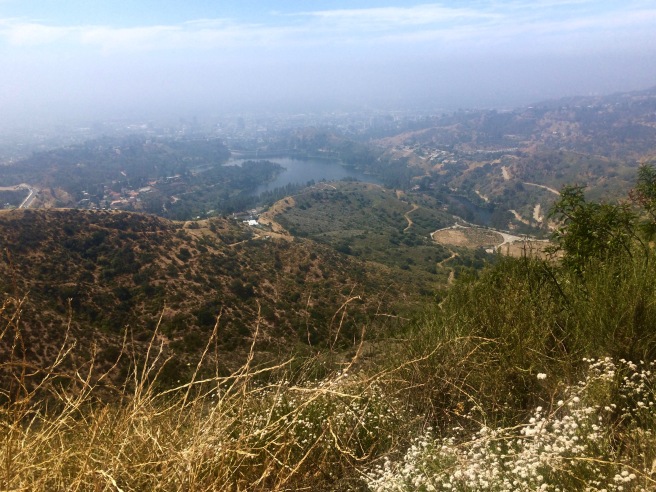 We saw a little lake or reservoir or something. It’s the only body of water I’ve ever seen on any LA trail we’ve hiked in the past. It was really a beautiful view.

We saw some interesting plants on this trail. I particularly liked these flowers. 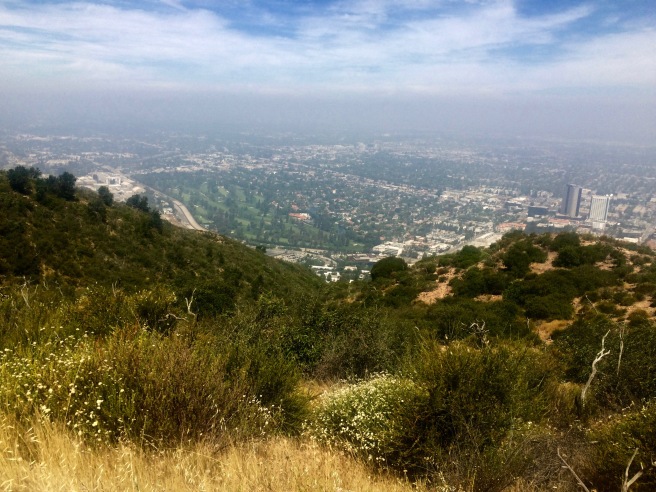 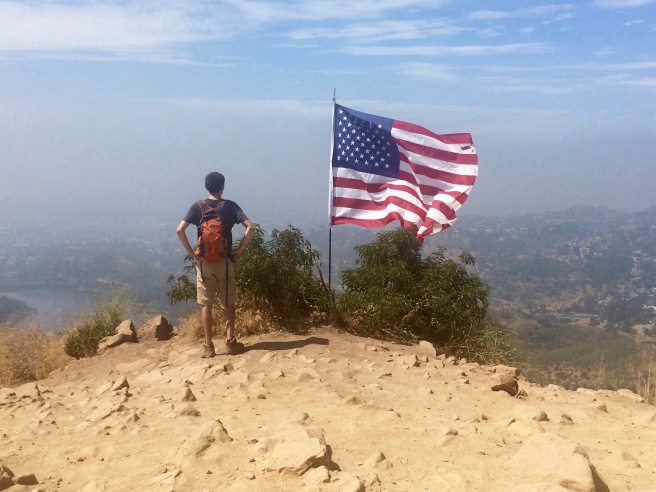 Sean enjoyed the close proximity to this giant American flag, because he is very patriotic.

The trail led us to this tree that they call the Wisdom Tree. It has a box under it with lots of journals that people left messages in. We left some of our own. 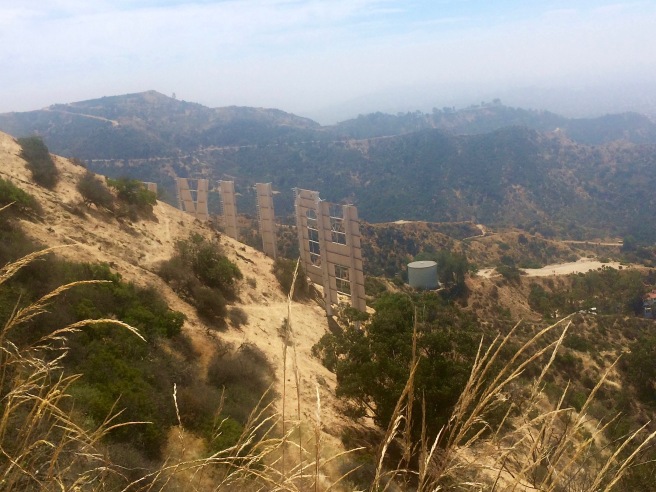 I recommend trying this hike if you’re visiting LA. It was really exciting to get so close to the iconic letters. They’re much bigger up close, I’ll tell you that much.

Hi there! My name is Spencer and this blog is about finding bits of joy and understanding during a transitional time in my life. Thanks for stopping by!